Are You Dreaming Too Small?

Last week, James and I had an incredible time attending a conference led by Brendon Burchard. James actually trained under Brendon last year as part of his High Performance Academy (and became a Certified High Performance coach – one of just 300 in the world!), so I was excited to get the chance to learn from Brendon alongside James this time around. (These pics are from the conference!)

I suspected that everything Brendon would share would be powerful, but something in particular really spoke to me… 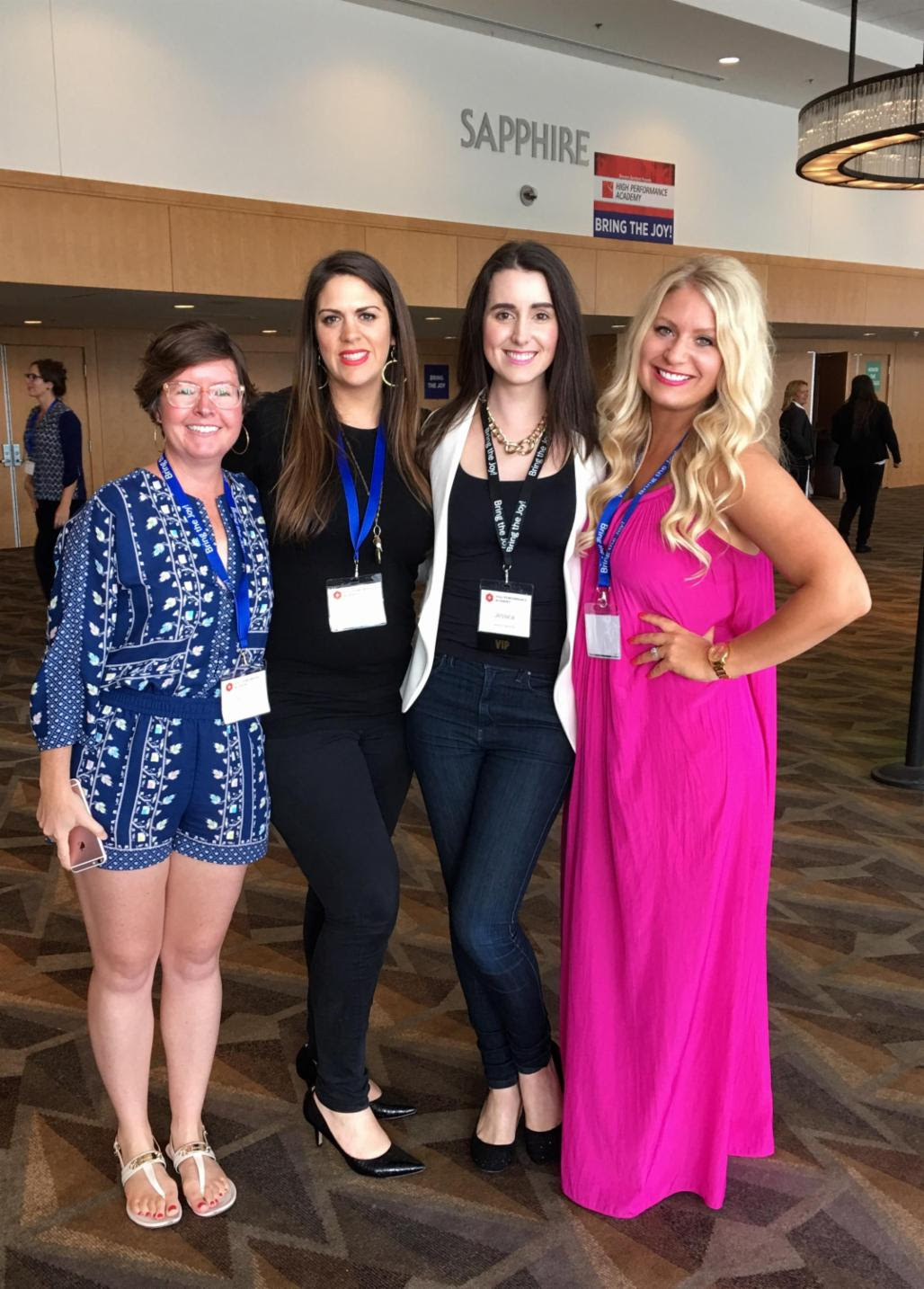 At one point, Brendon showed photos of the modest house he grew up in with his three siblings in Montana – his family was very poor throughout most of his childhood, and times were tough.

He also showed a pic of a time after he’d started his business, when things went very wrong and he ended up bankrupt (quite the contrast to where he is today, running a multi-million dollar business, helping people around the world change their lives.)

He paused for a moment after showing the second photo, and he then explained why he was sharing photos of these difficult times in his life – he said, “you can’t set your ambitions based on where you are now or where you come from.”

If he had done that, he knew for a fact that he wouldn’t be where he is today.

He also shared that he believes no one is born with an innate ability or knowledge of how to thrive and be successful in this world – you have to learn.

So many times we hold ourselves back because we believe that we don’t know enough or that others have some special built-in knowledge that we simply don’t have. But that’s just not the case. We all have the ability to grow and expand our knowledge and our abilities.

As Brendon shared, “don’t fear what you don’t know, because you can grow.”

And you have to set your ambitions based on where you desire to be – not from where you are today.

When it comes to basing your ambitions on where you desire to be (rather than on where you are now or where you’ve been in the past), the very first step is to give yourself permission to go there – to let yourself truly dream and start to envision what’s possible for you.

Hearing this took me back to when I first moved to London and was living in a flat that was so tiny it was basically a glorified closet.

It also reminded me of when I ran out of money after grad school and had to move back home to Ohio and get a job at Starbucks – not exactly where I wanted to be at that time in my life.

But even though I was living a life then that wasn’t what I’d envisioned, I didn’t lose sight of my dreams. And I didn’t base my ambitions on where I was at that time.

Instead, I allowed myself to continue to dream, to believe my “something big” was on its way to me, and to set goals for myself that would’ve probably seemed far-fetched to most people, considering I was a barista at a coffee shop at the time.

I based my ambitions on something bigger than my present circumstances, and like Brendon, I know that I wouldn’t be where I am today in my biz had I not had that mindset.

These days, I’m running a business where I get to work with amazing women around the world each day. My husband was able to resign from his 9-5 and follow his own dreams of being a coach. I get to travel, I’m living in my new dream house in London, and I’m doing work that I’m super passionate about.

And that Starbucks I mentioned earlier? James and I actually went back there the other week for a latte while we were in Ohio, and it was yet another reminder to me of just how far you can go if you allow yourself to really dream BIG.

So, lovely, are you dreaming big enough today? Are you basing your ambitions on where you’ve been, or where you want to be?

It’s time to stop underestimating yourself and give your mind and heart permission to dream of what’s possible. It’s time to start believing that your own “something big” is already on its way to you.

No matter where you come from or where you’ve been, you have what it takes to learn, grow, and make your dreams your reality.

« You Only Get One Shot At This…

I Cried All Over My Birthday Cake… »